Academic, healthcare, business, and community leaders from around the Valley of the Sun joined together at Midwestern University on Saturday, October 14 at the annual Bright Lights, Shining Stars gala, which recognizes and honors community service and leadership. The event was held at the University’s Glendale Campus at 19555 North 59th Avenue.

In addition to the COMET Award, Dr. Goeppinger presented the 2017 Shooting Star Award to Donald and Sharon Jarnagin. Donald E. Jarnagin, O.D., is a past Dean of the Midwestern University Arizona College of Optometry and a former President of the American Optometric Association (AOA). During his tenure as Dean, Dr. Jarnagin oversaw the College’s accreditation process and the opening of the Midwestern University Eye Institute. A leader in the community and known as one of Arizona’s best optometrists, he served for over 30 years in private practice before joining Midwestern University in 2007. Dr. Jarnagin’s strong community involvement includes supporting the City of Glendale, the Glendale Chamber of Commerce, the Glendale Rotary Club, and charities such as the American Cancer Society and United Way. He graduated from Arizona State University and received his Doctor of Optometry degree, cum laude, from Southern California College of Optometry. Dr. Jarnagin is also a veteran of the U.S. Army Medical Service Corps and a recipient of the Army Commendation Medal.

Sharon Jarnagin has spent many years serving Midwestern University as a volunteer for various programs and events, including the annual Chippin’ in for Students Golf Classic and the Bright Lights, Shining Stars Gala. Mrs. Jarnagin has also served as a standardized patient at the University’s Clinical Skills and Simulation Center, helping Midwestern students sharpen their diagnostic skills and patient interactions. She is on the Board of Directors of Arizona Broadway Theatre in Glendale, and volunteers at the Andre House in Phoenix, preparing and serving meals to the city’s homeless and underserved populations.

“The Midwestern University Bright Lights, Shining Stars gala is truly a community event bringing many friends of the University together to share in our growth while providing scholarship monies for our healthcare students. We are grateful for the opportunity to honor a valued University partner and two very special members of our Midwestern family. All of our honorees are wonderful examples of service and commitment to healthcare education and community outreach,” said Dr. Goeppinger.

The annual black-tie-optional event, which raises scholarship funds for students in all of Midwestern University’s colleges, also featured a formal dinner, live entertainment, and a silent auction. 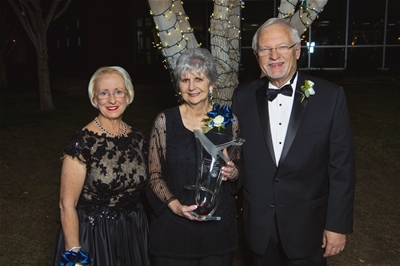 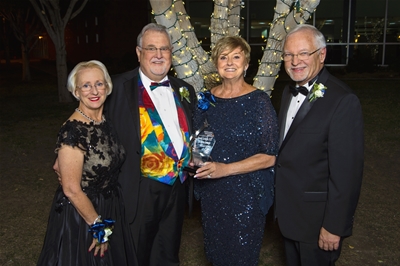 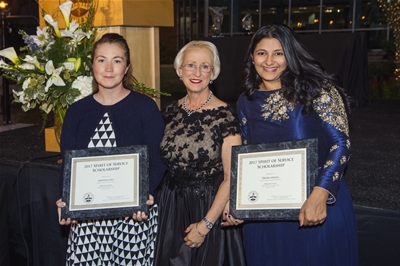