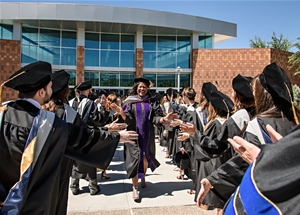 Midwestern University recently held commencement ceremonies on its campuses in Downers Grove, Illinois and Glendale, Arizona to celebrate the more than 1,500 healthcare professions graduates who are preparing to begin their professional lives.

During the ceremonies, Kathleen H. Goeppinger, Ph.D., President and Chief Executive Officer of Midwestern University, acknowledged the many achievements of the graduates during their years of rigorous study and clinical experiences. "I want you to always remember that you are well-trained, you are well-educated, and you can be successful." Dr. Goeppinger told the graduates. "As you move forward, go with confidence that you are ready to become part of the healthcare team." 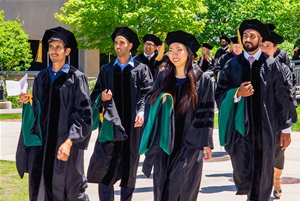 The commencement ceremonies were held in the Glendale Campus Auditorium and in the auditorium at Cardinal Hall in Downers Grove. Each commencement featured remarks from members of the graduating class and a special recognition of the 68 students beginning their healthcare careers in the military.