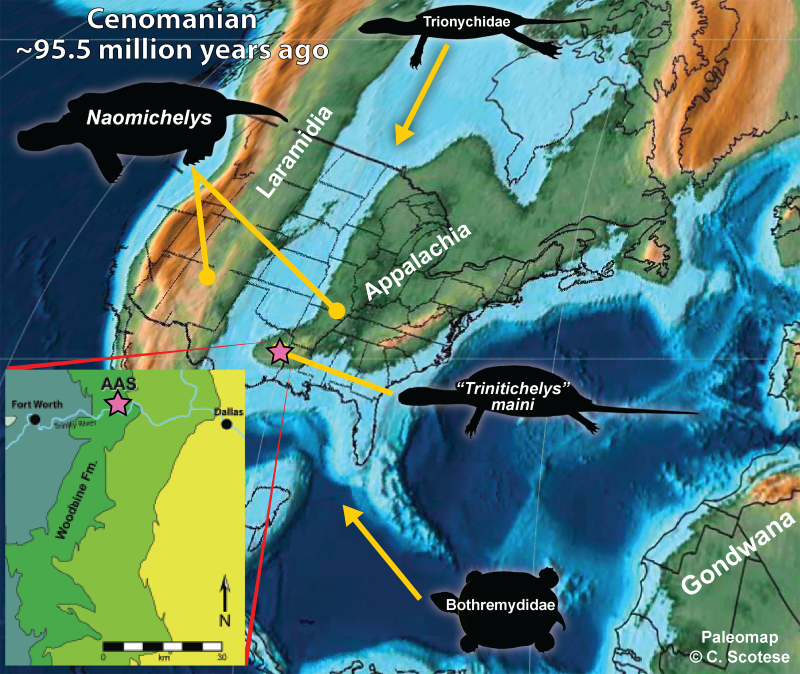 Map of North America during the Cenomanian age (96 million years ago) showing the four turtle families newly discovered at the Arlington Archosaur Site (AAS). The AAS fossil assemblage includes a diverse combination of native North American turtle lineages alongside those that migrated from Asia or the Southern hemisphere. One of these species, "Trinitichelys" maini is a new species to science, described here for the first time.

The Arlington Archosaur Site (AAS) of Texas preserves remnants of an ancient Late Cretaceous river delta that once existed in the Dallas-Fort Worth area. Known for discoveries of fossil crocodiles and dinosaurs, a multi-institution research team has described four extinct turtle species, including a new river turtle named after AAS paleontologist Dr. Derek Main and the oldest side-necked turtle in North America. These new turtles include an intriguing combination of native North American forms alongside Asian and Southern Hemisphere immigrants, suggesting extensive intercontinental migration of turtles during this time.