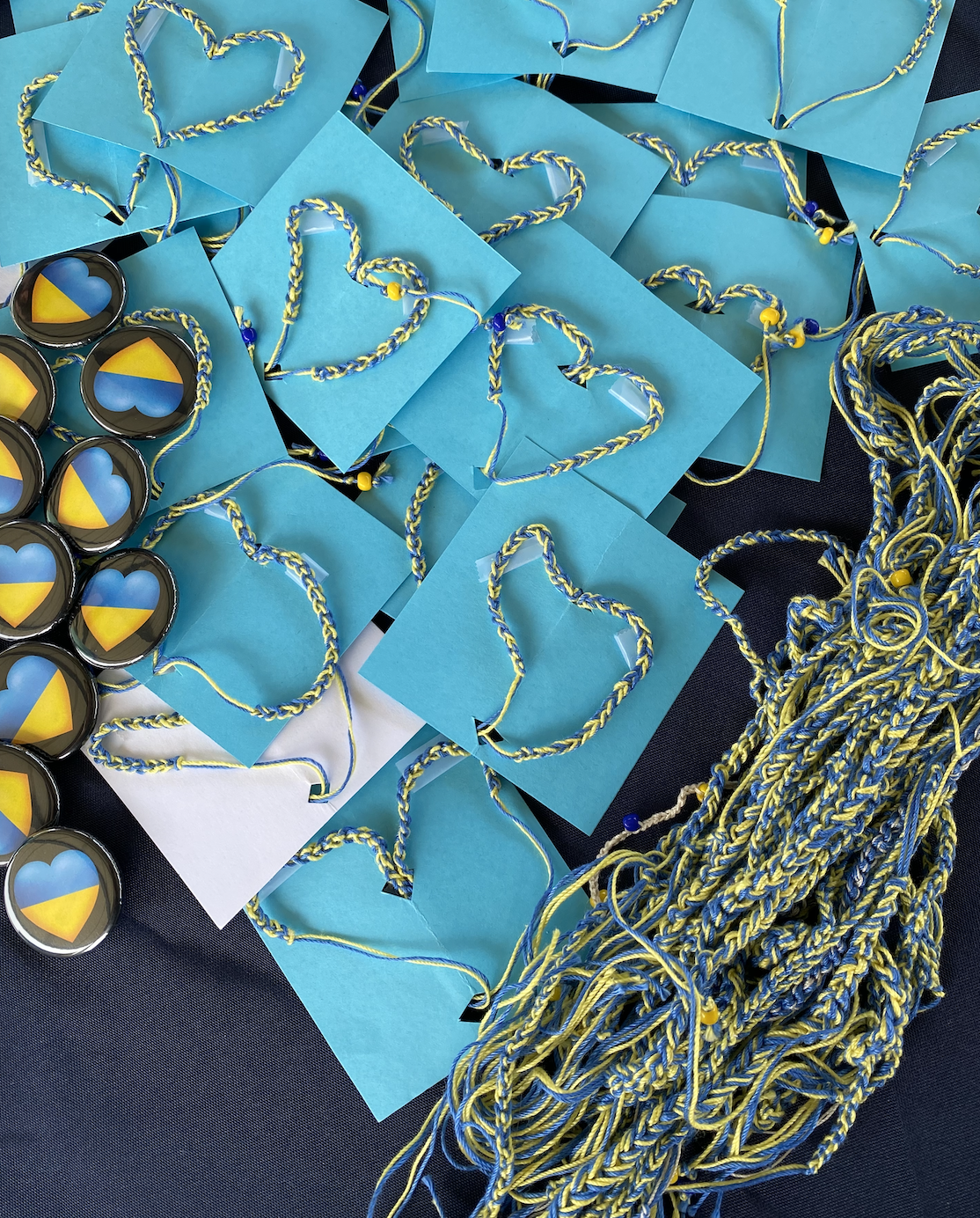 Anastasia Glazunova (AZCOM 2024) is looking forward to adding the initials “D.O.” to her name two years from now. Her desire to help people is part of why she has looked forward to achieving the goal of becoming an osteopathic physician in the near future.

But Anastasia’s family in Kyiv, Ukraine, and the current events affecting them, has redirected her focus to the now. Many members of her immediate family, including her father, her sister, and her grandparents, as well as extended family and friends, were in the direct line of fire when Russian troops invaded Kyiv.

“I was born in Kyiv, and while my family brought me to the U.S. when I wasn’t even two years old, I have visited Ukraine almost annually since then,” Anastasia says. “The war has been heartbreaking for me since it began in February. It has been difficult to watch the atrocities occur without being able to do anything about it.”

But the bravery and resilience of her family, friends, and fellow Ukrainians inspired Anastasia to find a way to help from afar. As a Vice President of the Arizona College of Osteopathic Medicine’s Student Government Association, Anastasia felt that she was in a position to leverage the closeness and supportive disposition of the Midwestern University interprofessional community to gather needed medical supplies and funds to support the global emergency response to the war in Ukraine. Fellow SGA member Austin Graham (AZCOM 2024), whose girlfriend traveled to Ukraine to serve as a volunteer nurse and battlefield medic, worked together with Anastasia to organize a medical supply drive and a “Hearts for Ukraine” fundraiser.

“We are selling pins and bracelets on campus, and the proceeds will benefit Razom for Ukraine, an organization dedicated to providing an emergency response to the war,” explains Anastasia. “The medical supplies will be donated to the Ukrainian Cultural Center here in Phoenix, which has already collected and shipped over 300 boxes of supplies to Ukraine.”

The AZCOM SGA’s efforts have received an overwhelming amount of support from the Midwestern University community. Contributions have ranged from the Office of Student Services helping to organize and support the fundraising drive with logistics, with Assistant Dean of Student Services Julie High Horse Gregg creating dozens of handmade bracelets for the fundraiser; to the Midwestern University Health Outreach through Medicine and Education (H.O.M.E.) program, a student-run community service organization, helping to coordinate supply donations; to the Office of Development and Alumni Resources reaching out to University alums to ask them to pitch in however they can. Additionally, the Chicago College of Osteopathic Medicine has created a similar fundraiser, selling pins to raise funds for emergency relief, organized by Fady Botros (CCOM 2025).

On a personal level, Anastasia’s efforts have also been inspired by the example set by her mother, Irena Portenko, a Ukrainian pianist living in New York. “My mother recently organized two concerts to benefit Razom for Ukraine and United Help Ukraine at Tarrytown Music Hall and Carnegie Hall, and she has already personally raised over $28,000 so far,” Anastasia says. “She is also the director of a classical and jazz music festival in Austria called Music in the Alps that has sponsored Ukrainian musicians who are displaced because of the war, and she organized a GoFundMe to raise financial assistance to support those musicians.”

War can make people feel powerless, but the examples of people like Anastasia Glazunova, Austin Graham, Irena Portenko, and the Midwestern University community at large – in concert with the greater global community who are rallying to the aid of Ukraine and its people – prove that there remains great power in charity, kindness, and humanitarian feeling and action.

Two optometry students at Midwestern University are the first beneficiaries of a generous scholarship from VSP Vision, the on...