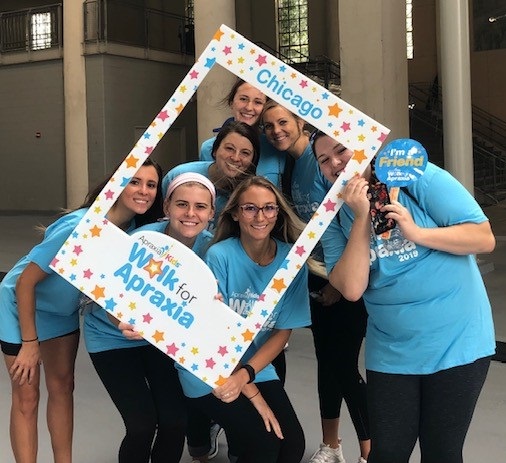 Speech-Language Pathology students from Midwestern University recently participated in the annual Walk for Children with Apraxia.

Proceeds from the walk benefited the Childhood Apraxia of Speech Association in its efforts to provide support to children with apraxia, their families, and friends. Apraxia of speech is a motor speech disorder in which the person has difficulty sending signals from their brain to the muscles used for speech.