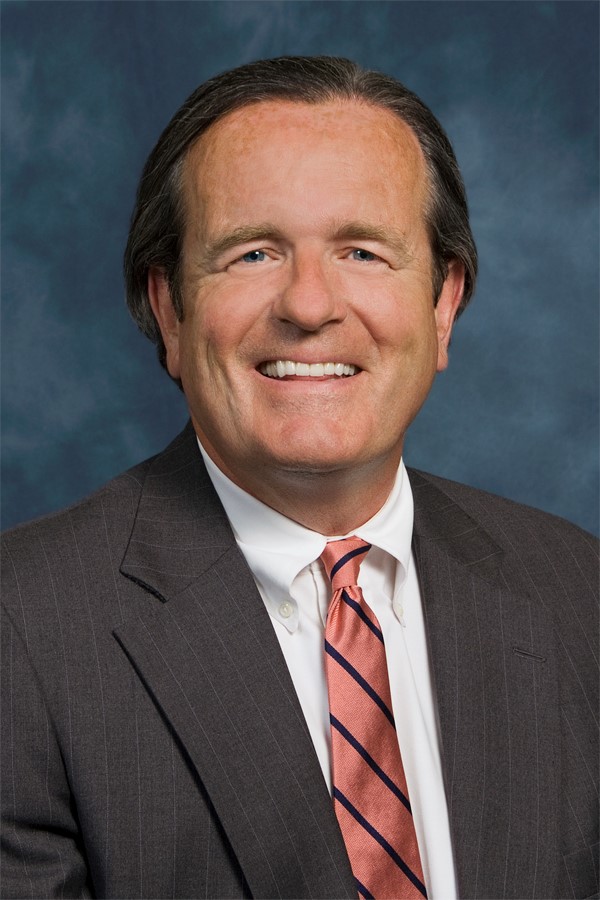 Midwestern University mourns the passing of long-time Board of Trustee member William D. Andrews, M.B.A, who died on August 3, 2018. Mr. Andrews joined the Midwestern University Board of Trustees in 1984. He served as Chair of the Finance Committee for many years and was a member of the Nominating Committee.  From 1998 to 2017, Mr. Andrews served as Chair of the Board of Trustees. Throughout his long term of service, he helped guide the University through a period of tremendous growth, campus expansion, and academic development. During his tenure, the University grew from four colleges offering six degrees to eleven colleges with 27 degrees. The student population grew from under 1,000 to over 6,800. Mr. Andrews' leadership was especially valuable in the area of finance, where he balanced a conservative approach to management and oversight with a strategic view of investment for ongoing growth and development. He was particularly proud of the University's impressive financial stability and success despite fluctuations in the external environment. Mr. Andrews earned the COMET Award (Community Outreach: Motivating Excellence for Tomorrow) from Midwestern University in 2016 for his dedication and commitment to healthcare education.

Soon after he joined the Board 34 years ago, Mr. Andrews along with fellow Board member Gretchen Hannan interviewed Kathleen H. Goeppinger, Ph.D., for a seat on the former Chicago Osteopathic Health Systems Board of Directors. "Bill and I go back so many years," Dr. Goeppinger, President and Chief Executive Officer of Midwestern University, remembers. "He has left a legacy that will exist for eternity. I feel very fortunate to have had Bill as our Chair. He has been an invaluable resource and sounding board for the management team, and he represents governance at its best. His even hand, his love of education, and his deep understanding of people have left a lasting impact on the lives of so many physicians and countless other healthcare professionals. He has challenged us to plan, to execute, and to maintain our standards of excellence. Together with our Board and our University leadership, we have built a University of which we are all very proud."

Members of the Board of Trustees also expressed their sorrow over the loss of their colleague and friend. "It is indeed a sad day for all of us who have known and worked with Bill," said Sister Anne C. Leonard, C.N.D., Chair of the Board of Trustees. "I know and trust that all of us will continue to work together to ensure the precious legacy we have received. As we join together in prayer for Bill's family, we unite with one another in the commitment we have received and share memories that are unique and that will carry Bill's family and the Midwestern family forward in hope." Board member Steven R. Chanen echoed these thoughts, "Bill always found the perfect balance in his role as Chair. He added just the right amount of history, humor, financial acumen, cheerleading, futurism, structure, and encouragement to each meeting he presided over."

Mr. Andrews enjoyed a long and successful career in finance and retired from his position as Executive Vice President of the firm Stein, Roe & Farnham in Chicago, Illinois.  A graduate of Wabash College and the Wharton School of Business, Mr. Andrews began his career in money management at Scudder, Stevens & Clark.  He also served as the former President of the Chicago Options and Futures Society and of Chicago's Tavern Club.  Mr. Andrews had many avocations, including reading, golfing, classical music, and limerick writing. He was a devoted friend, mentor, and role model to many throughout his life.

Family was the highest priority for Mr. Andrews. He was the beloved husband of the late Laurie Hand Andrews; loving father of Louise (Charles) Marsh and Charlie Andrews; proud grandfather of Will, Luke, Tennessee, and Virginia Marsh; and loving companion of Vikki Creeden. Son of the late John Stewart Andrews, he is survived by his mother, Marie Andrews, and three siblings, Jeffrey, Kathy, and Dick. He was preceded in death by his brother Michael.

Midwestern University will long remember Mr. Andrews for his steady leadership of the Board, for his unwavering dedication to our students, faculty, and staff, for his outstanding character and courage, and for his steadfast commitment to our mission. His legacy will live on forever as a gentleman, a scholar, and a dear friend who truly epitomized a life well lived.