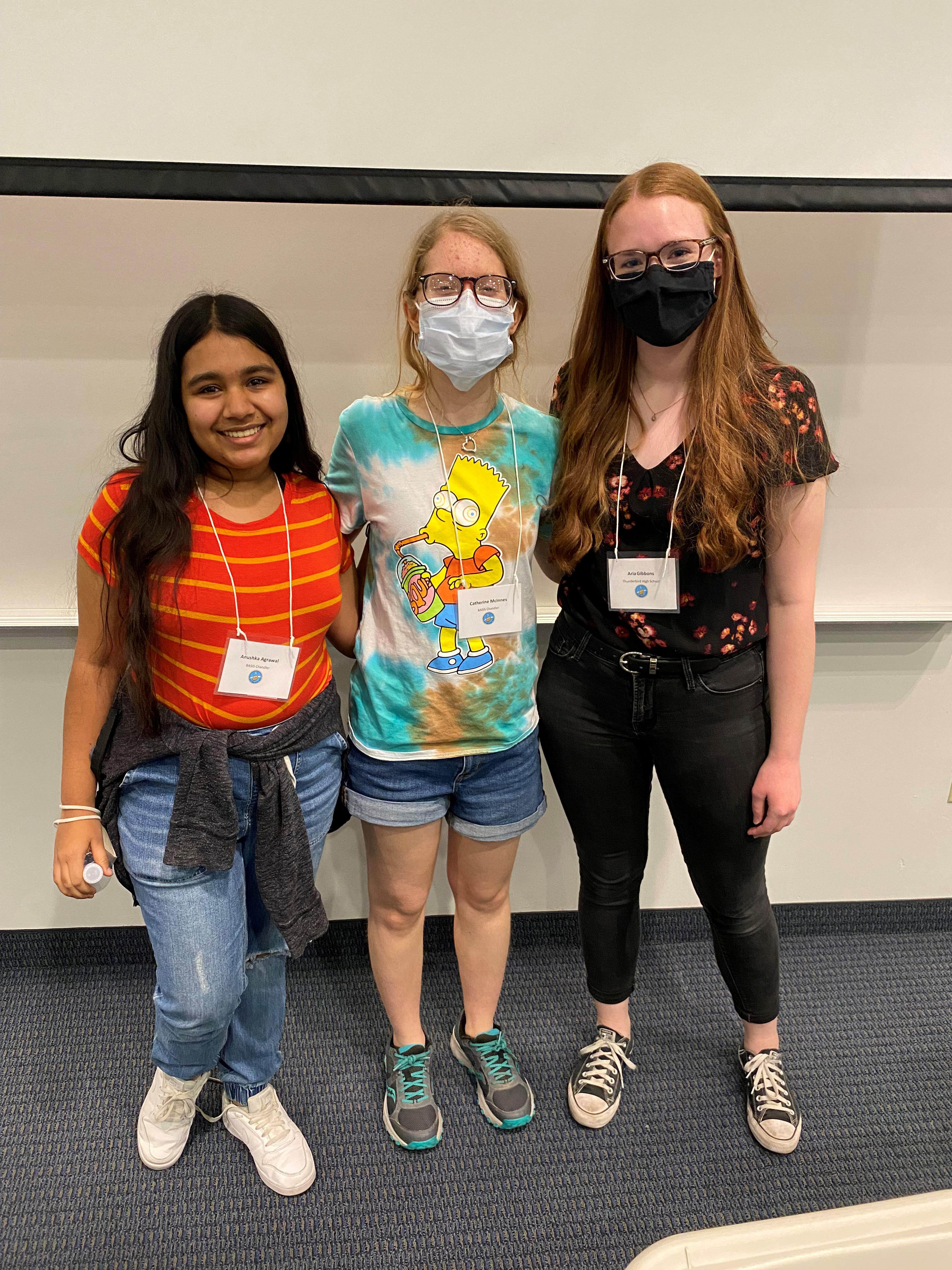 On Wednesday, March 2nd, Midwestern University welcomed 28 of the state’s top high school students for the 23rd Annual Arizona Regional Brain Bee, an educational competition similar to a spelling bee that focuses on neuroscience. The 2022 Arizona Regional Brain Bee at Midwestern University was presented in partnership with the BHHS Legacy Foundation.

This year’s Arizona Regional Brain Bee was held once again on the Midwestern University Glendale Campus, a year after COVID-19 restrictions forced organizers to pivot to a virtual event. Twelve high schools from across Arizona sent representatives to compete in the Brain Bee to test their knowledge of the human brain and how it governs human behavior, and the science that helps medical professionals understand brain function.

The top three Brain Bee finishers, in order, were juniors Anushka Agrawal and Catherine McInnes from BASIS Chandler, and senior Aria Gibbons from Thunderbird High School, a 2021 attendee of Midwestern University’s Health Careers Institute for High School Students. Ms. Agrawal is now eligible to compete at the 2022 U.S. National Brain Bee, which will be held virtually on April 9th, 2022.

Douglas Jones, Ph.D., Associate Professor, Pharmacology, at the Midwestern University College of Graduate Studies, served as the Faculty Academic Director for the event. Gen Fitzgerald, a third-year medical student at the Arizona College of Osteopathic Medicine who won the Arizona Regional Brain Bee as a student at Desert Vista High School in 2013, and second-year AZCOM student Carmen Jones served as the lead judges for the finals round of the competition. Midwestern University faculty and student volunteers served as additional judges, question readers, timers, and scorekeepers in breakout rooms.

Questions ran the gamut from identifying physical features of the brain itself to naming brain disorders and diseases to surgical and medical practices that modify neural behaviors.

The Arizona Regional Brain Bee is funded as a result of generous financial support from BHHS Legacy Foundation, which is an Arizona charitable organization whose philanthropic mission is to enhance the quality of life and health of those it serves.