Summary of the Chicago College of Pharmacy Events and Celebrations

Home / pharmacistmonthIL
In This Section 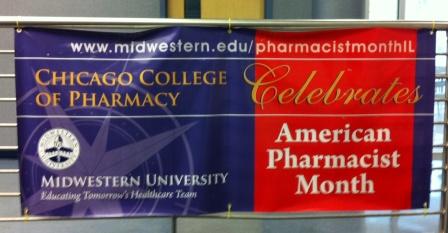 The first celebration of "National Pharmaceutical Week" was held on October 11-17, 1925. During this inaugural effort, radio stations across the country broadcast special programs which emphasized the professional side of pharmacy. In 2004, American Pharmacists Month was launched to allow more time to promote the expanding role of the pharmacist. The Chicago College of Pharmacy joins that effort each year in the month of October with pictures and events to help celebrate American Pharmacists Month.

On October 4, 2016, members of Midwestern University's Chicago College of Pharmacy Chapter of APhA-ASP stand with the Mayor of Downers Grove, Martin T. Tully (far right), as they receive the proclamation at the Village Council meeting that October is American Pharmacists Month in the Downers Grove community. Chapter President, Maria Ochoa, PS-III, accepted the honor on behalf of the students. In a short speech that followed, she formally thanked the Mayor and Village for the honor and spoke about the upcoming Community Health Fair. 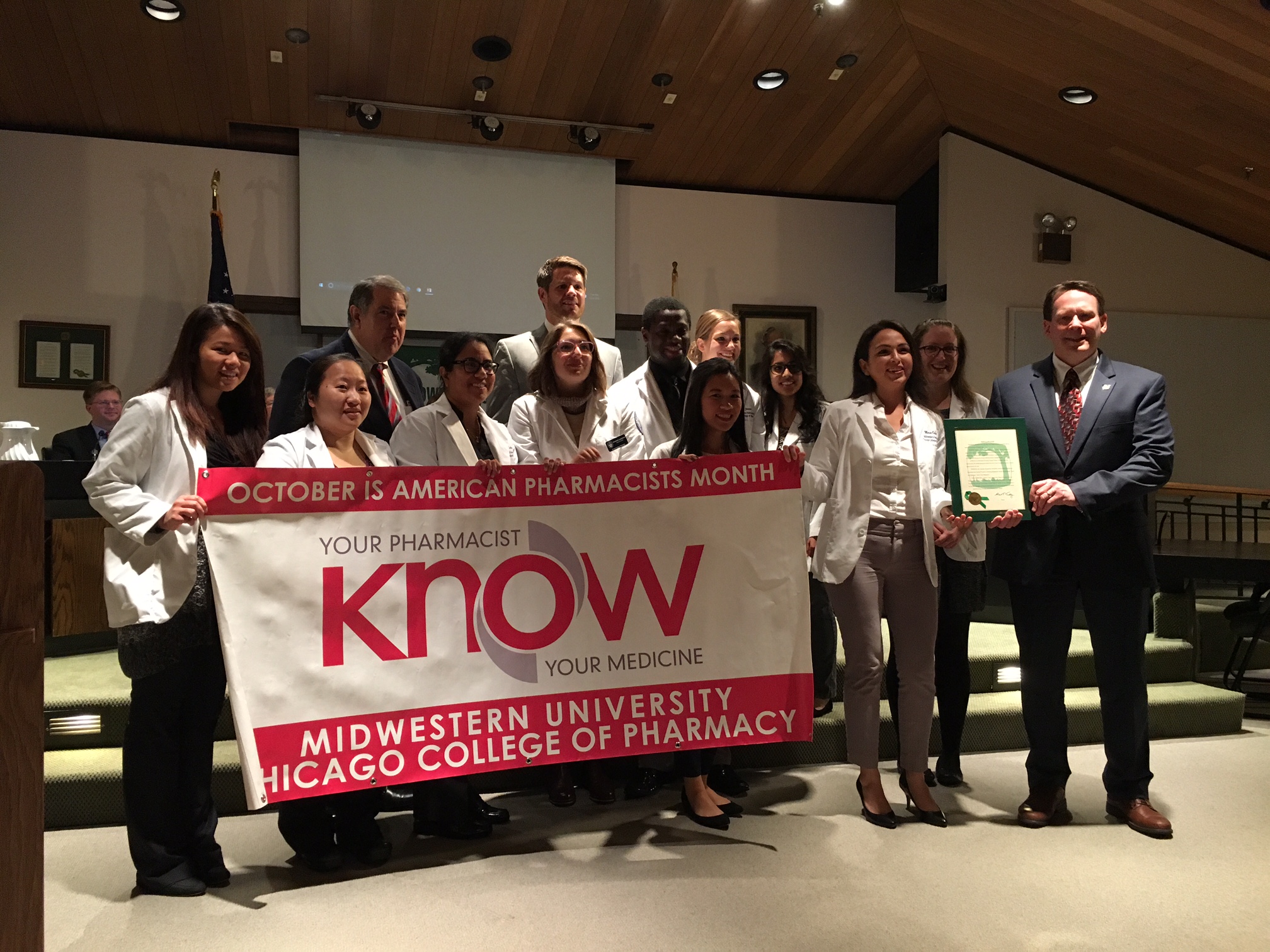 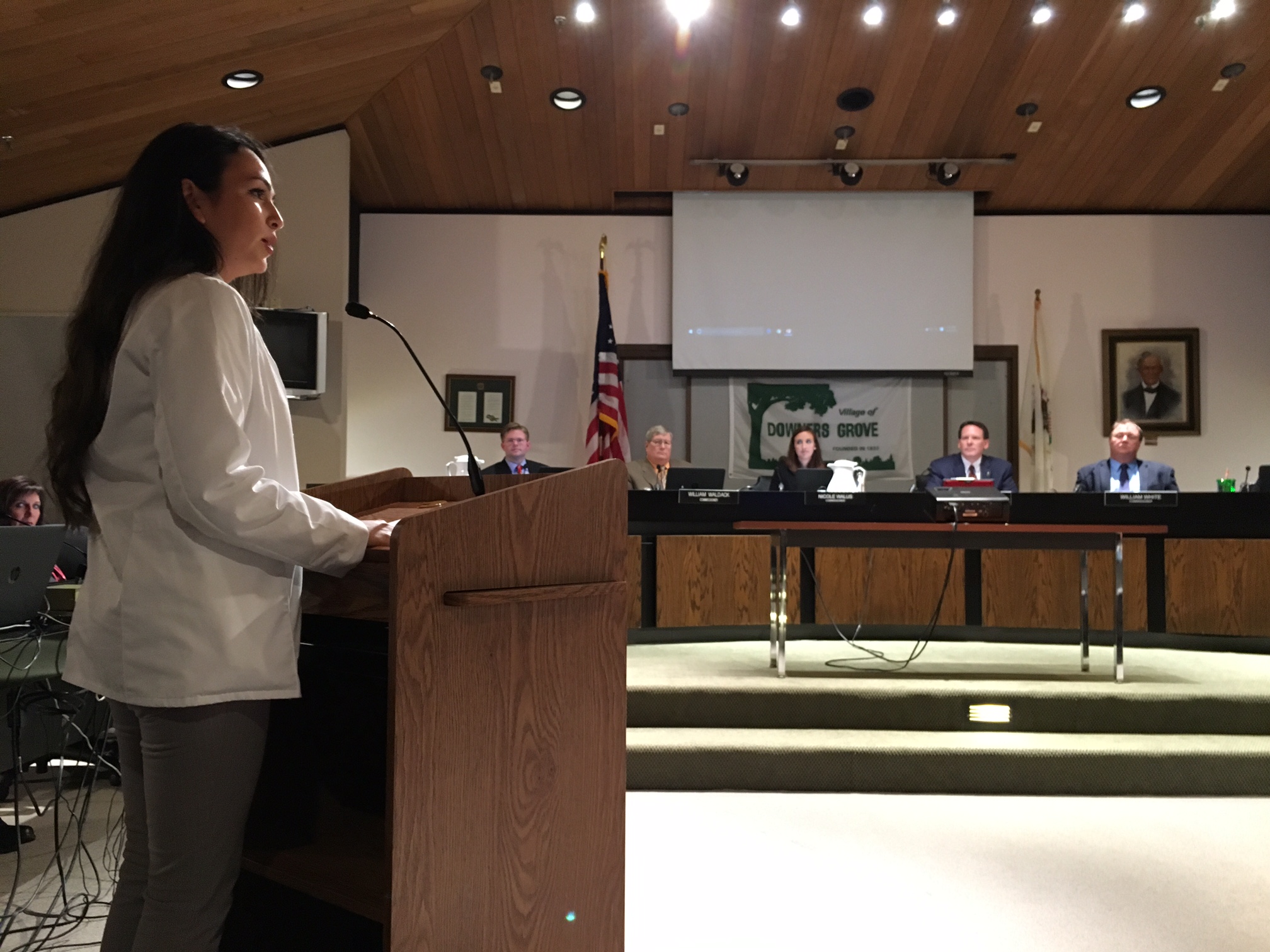 More pictures will be posted soon, so check back with us again~

Donate to our future