For Danny Wu, Midwestern University's one-year Master of Arts in Biomedical Sciences program was all about building a foundation toward his dream of becoming a dentist.

A Long Way From Home

Arizona was a long way from home for Danny, who attended the University of Washington in but is originally from Taiwan. "Education in the United States is more flexible," he says. "It makes you more competitive. I think it's the best place to polish my practice."

Danny's older twin sisters had the same idea, and both attended graduate school in the U.S. But he was the first to strike out on his own, attending high school in Pennsylvania before traveling cross-country to Washington state, and then south to Arizona. He began learning English at age and says he has gotten used to being on his own. He also enjoyed the sunny weather in Phoenix for a change.

Hard Work and Lots of Help

The relatively new program, which opened on the Glendale Campus in 2008, has become very popular for students interested in all fields of healthcare, from dentistry to medicine to pharmacy. With a focus on the basic sciences - biochemistry, microbiology, pharmacology, anatomy, physiology - the program offers students the opportunity to improve their grades, increase their test scores, and enhance their science backgrounds before applying to professional schools. It also offers the chance for students to interact with faculty and students from other programs, and get seasoned tips on how to study, how to prepare applications, and other important skills for succeeding in challenging healthcare programs.

MWU's program attracted 299 applicants this year for 70 slots, and students are very pleased with the results of their hard work: to date, over 80% percent of program graduates overall are accepted into professional postgraduate opportunities in medicine, dentistry, podiatry, optometry, perfusion, physician assistant studies, clinical psychology, and pharmacy.

For Danny, those statistics are very encouraging. "I thought MWU would be a great choice for me," says Danny, "and [the Biomedical M.A.] would improve my chances of getting into dental school. I wanted to strengthen my application."

"One nice thing about the program," says Danny, "is that it is very easily accessible. The faculty members encourage you to participate in class and volunteer opportunities, and they really want you to succeed. It was very engaging for us as students, and it helped prepare me for my future professional career."

Danny says he met with several professors outside of class early on in the program, and they were very helpful - like Leonard Bell, Ph.D., Director of the Biomedical Sciences Program, who gave him some pointers on how to write a personal statement for his applications. "He told me it was going to be a rough ride," laughs Danny, "and that I should stay on top it. And he was right."

Danny shares that the Student Doctor Network said basically the same thing about MWU's M.A. program: that it was competitive and challenging, but manageable if you work hard.

The advice from both sources seemed to work for Danny, whose focus paid off - with a  point average.

Basic Science as a Foundation

Danny's favorite course during the program? Biochemistry. "Biochemistry is really the basis of medicine and healthcare," explains Danny. "Having a strong foundation in biochemistry really helped me in succeeding in my dental classes."

“ The faculty members encourage you to participate in class and volunteer opportunities, and they really want you to succeed. It is very engaging for students, and it helped me in my future professional career. ”

Finding Time to Serve the Community

One aspect of the M.A. program that Danny was especially excited about  the community service opportunities. "There were LOTS of volunteer programs at Midwestern," he recalled enthusiastically. Just some of the options SAFE Halloween activities on campus for the community, Cuts for Kids (to collect hair donations for wigs for kids with long-term hair loss), International Night (Danny plays the flute), and more. He was also paired with a mentor from the Biomedical Ambassador Club, which brings together students who attended the program previously and are now enrolled in one of MWU's health professional degree programs.

Dreams of the Future

Following his graduation, Danny chose dentistry as his future profession, volunteering at several local dental clinics and completing an internship in dental research before enrolling at Tufts University's dental program. "Dentistry is what I enjoy," he shares. "It is very hands-on, and you really interact with patients."

With Danny's work ethic and humble attitude, it's likely you'll see him in your dentist's office in the near future. 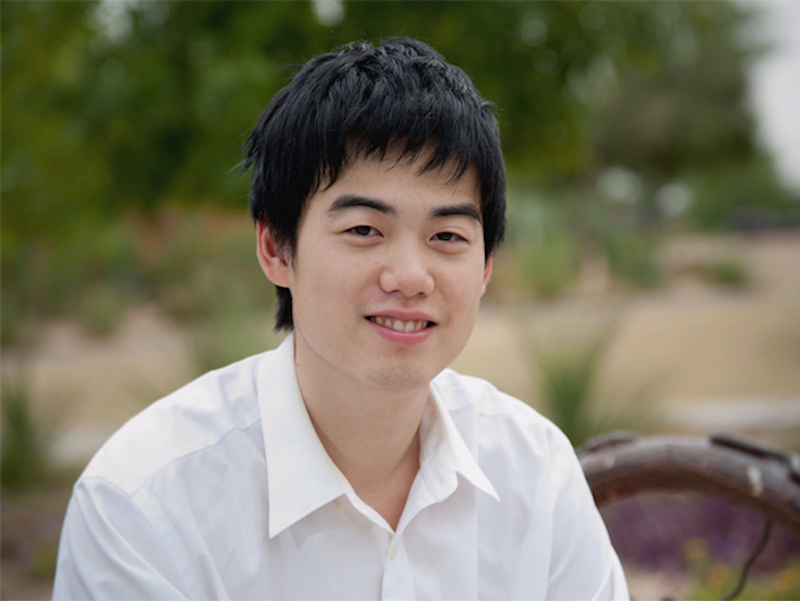 Danny Wu is a 2011 graduate from the Master of Arts in Biomedical Sciences Program in the College of Health Sciences.