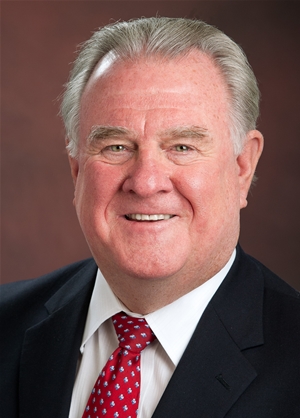 Midwestern University mourns the loss of Donald E. Jarnagin, O.D., retired Dean of the Arizona College of Optometry (AZCOPT), who passed away on March 3, 2019 while on a medical mission trip in Guatemala doing what he loved: helping others to see.

Dr. Jarnagin joined Midwestern University in 2007 as an AZCOPT clinical faculty member and optometrist at the Midwestern University Multispecialty Clinic. He was appointed Interim Dean of the College in 2010, and promoted to Dean in 2011. Under his leadership, the College achieved full accreditation, opened the Midwestern University Eye Institute, and established new externship rotations, external clinics, and residencies. Most of all, he took pride in mentoring and helping students in their path to become outstanding future optometrists and give back to their own communities. He led the College until his retirement in 2016, and was widely respected by faculty, staff, and students.

Dr. Jarnagin, an Arizona native, attended Arizona State University and received both his Bachelor of Science and Doctor of Optometry degrees from Southern California College of Optometry (SCCO). After serving as Captain and Optometry Officer in the Medical Service Corps of the United States Army from 1971-1973, he returned to his native state of Arizona and went into practice with the optometrist who had provided his own vision care throughout his youth. He then became a full partner, took over the group practice at his partner's retirement, and provided eye and vision care to the Glendale community for over 40 years.

Dr. Jarnagin was always deeply respected in the West Valley and across Arizona for his professionalism, caring, and commitment to service. Dr. Jarnagin's strong community involvement included supporting the City of Glendale, the Glendale Chamber of Commerce, the Glendale Rotary Club, Opening Eyes, Healthy Athletes, the Arizona Special Olympics, and charities such as the American Cancer Society, the United Way, and many other organizations.
He also dedicated many hours volunteering with the MWU/DOCARE multidisciplinary medical missions to Guatemala to provide eye care and thousands of pairs of donated glasses to underserved populations. Dr. Jarnagin was volunteering for one of these missions when he passed away. He joined the mission to Guatemala for 12 years, and these service trips were always a highlight for him. He made many friends and helped many people in need.

Dr. Jarnagin was a devoted spouse, father, and grandfather. He enjoyed traveling around the world with his wife, Sharon, and spending time with his children Matt, Pam, Josh, and Becky; grandchildren, Kenzie, Teagan, Megan, and Mitch; and siblings Kay and Larry.

Midwestern University honors Dr. Jarnagin for his many years of leadership, mentorship, and kindness. His legacy of service to our faculty, staff, students, and patients will be remembered always.

A memorial will be held in the Glendale Campus Auditorium on Saturday, March 30, at 10:30am.